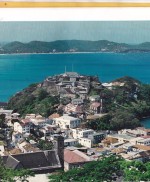 As a result of a statement made recently in the Senate by its President, Hon. Chester Humphrey, that the police headquarters at Fort George be relocated in order to restore and develop the site as the premier tourist attraction which it could be; the Willie Redhead Foundation would like to inform the public of a document entitled PORTCULLIS which was prepared by a U.S. Heritage Company which specializes in FORTS restoration.
The document was prepared in 1999 and accepted by the then Government. For the record it must be mentioned that the statement made by Senator Humphrey was expressed many times in the past by the Foundation. A new location for the police HQ could be at Mt. Weldale where the late Maurice Bishop resided.
The following EXECUTIVE SUMMARY by the Willie Redhead Foundation is provided hereunder for public knowledge and information:

Executive Summary of the Portcullis Report on the Development of Fort George for Heritage Tourism Purposes.

The Portcullis Report on Fort George was prepared by an American business group led by Mr. J. David Zimmerman and initially submitted to the government in late 1996. A letter from the Prime Minister Dr. Keith Mitchell dated 26th June 1997 endorsed the proposal and suggested going ahead with the necessary fund-raising drive. The report was revised and updated in 1999.

The objective of Portcullis Limited was to secure an exclusive licensing agreement from the Government of Grenada to operate Fort George as an historical-cultural tourist site complete with guides, interpreters, a military-naval museum, a library, local crafts, commercial outlets and more, for an initial period of fifteen years. Their stated purpose as a non-profit organization, was to ‘absorb tasks usually performed by government, such as operating and staffing forts but pay for those tasks through income producing activities.’

Some of the more noteworthy points in the report include:-

• The introduction quotes a CDB report supporting the view that the tourism industry is fast changing from a ‘passive-fun’ experience to one of ‘active-learning’ whereby the maturing participants want to take home knowledge of the culture, the history and the lifestyle of the inhabitants of the places visited.

• The original Fort was constructed by the French during their second occupation between 1705 and 1710 and remains fundamentally in fair to good condition today. Subsequent modifications to accommodate advances in armaments were few.

• Of the three forts in the immediate area, Fort George is in a prime location for development as a tourist attraction and needs to be made ‘attractive to tourists’.

• The report estimates that only some 3,000 tourists (being only 1% of annual visitor arrivals at the time) actually go up to the Fort, mainly to use the panoramic viewing platform, with little encouragement to visit the historical and cultural monuments that surround them.

• The proposal requires the relocation of the RGPF Police Station and the removal of the non-historical facilities built to accommodate them. There is no direct suggestion of any alternative location for the police station although it appears to assume at the time that all staff will be absorbed into the central police facility at the Fire-station.

• There would be need for significant capital expenditure to remove the non-relevant buildings, to refurbish and renovate the original fortifications, create a safe environment for workers and visitors and more. The cost of demolition and removal of the historically non-relevant buildings, the restoration of the 18th century fortifications, termite treatment, utilities, landscaping and more, was estimated at US$895,626. In addition, start-up expenses and training costs would be US$456,511 bringing the total initial pre-opening cost to US$1,352,147 to be expensed over a duration of 18-24 months. This sum is equivalent to some US$2.3 million at today’s prices.

• The report suggests that some 40 direct full time permanent jobs would be created once the Fort is restored back to its former glory including, tour guides, interpreters, actors, museum staff, retail assistants, etc. There will of course be additional secondary benefits to the local tourist economy as a whole. 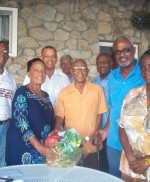